Insurance companies often emphasize that by offering payouts to defend against losses from accidents, they may actually encourage taking risks. As a result, this often forces them to pay out more in claims. In the financial market, there is a chance that the borrower might engage in activities that are objectionable from the lender’s point of view. This is because those activities make him less likely to pay back a loan.

For instance, the insurer fears that a “don’t worry, it is insured” attitude often leads to willful recklessness. For instance, it might cause someone with collision insurance to drive recklessly or someone who has fire insurance to be relaxed with their fire safety.

To put it simply, moral hazard in insurance occurs when the borrower knows that someone else [Insurer] will pay for the mistakes he makes. This, in turn, gives him the spur to act in a riskier way. This economic concept is known as moral hazard.

What Is Moral Hazard In Insurance?

The primary assumption behind a moral hazard is that an individual in a transaction takes on unnecessary risks that affect the other party in the transaction.

Let’s assume the idea that a corporation is too big to fail. However, if the management of the company believes they will receive financial assistance to keep it going, they may take more risks in order to get profit.

In the insurance sector, risk and reward usually go together. If you take a risk, you pay the price when things go wrong. However, you can come out ahead if the risk pays off. But when “moral hazard economy” is in play, things work differently.

A moral hazard is a situation where someone has limited responsibility for the risks they take. Consequently, that person or organization may have an incentive to take on more risks than they otherwise would because they don’t need to pay for them.

The concept of a moral hazard is essential for insurance because people may be inclined towards taking more significant risks if they are insured than if they are not. Moreover, most people have no intention of taking advantage of an insurance company. Doing so may be dishonest, illegal, and unappealing. But moral hazards might get into your subconscious calculations if you realize that your risks are limited.

How Does It Work?

When a moral hazard happens, one or the other entity has the opportunity to take advantage of the other. That person can now take unexpected risks or incur costs that they don’t have to pay for, no matter what happens next. This concept of moral hazard applies to all types of insurance.

This stands valid only if the costs to the customer, like insurance premiums and deductibles, are the same for everyone. However, in the competitive market, insurance companies charge higher premiums to riskier customers.

What Is Adverse Selection?

Adverse selection represents a situation in which one party in a deal has more accurate information than the other party. As a result, a party with less data is at a disadvantage to a party with more information.

This asymmetry causes a lack of competence in the cost and the number of goods and services provided. Most information in a business economy is transferred through prices, and this means that adverse selection tends to result from weak price signals.

Now, those two individuals are looking to buy life insurance. The insurance company, without any information, cannot differentiate between the individual who smokes and who doesn’t.

In a moral hazard as well as adverse selection, there is information asymmetry between two parties. The primary difference is when it occurs.

In a moral hazard situation, one party listing into the agreement provides deceiving information. This changes their behavior once the deal has been made because they believe that they will not face any consequences for their actions. Adverse selection applies to a situation where sellers have more information than buyers about some aspect of product quality.

How To Reduce Moral Hazard?

The root cause of moral hazard is asymmetric information. In the health industry, moral hazard happens when you behave in a way that increases the cost for the insurer.

Individuals who do not have to pay for medical services tend to seek more expensive and even riskier services that they would not require otherwise.

For these reasons, health insurance providers institute co-pay and deductibles. These require individuals to pay partially for the services they get. Such a policy of deductible amounts is a consideration for the insured to cut down on services and avoid making claims.

You can remove moral hazard by reflecting the price with the accurate information. The decision to smoke cigarettes or go paragliding looks different when it means increased premiums. 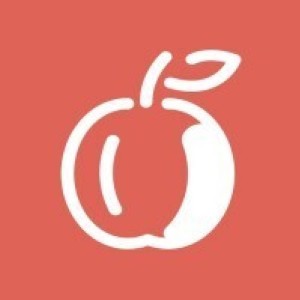 Plum is a comprehensive employee benefits platform that includes complete medical, dental, vision, physical & mental wellness benefits to your team. It provides premium employee health insurance with no co-pay, no waiting periods, and no hidden terms and conditions. We try to make managing health benefits and administering claims easier through a real-time, simplified dashboard experience.

Stories on Culture and Startups. Delivered to you fortnightly.