Blog
›
How Companies Like Gitlab, Automattic, And Buffer Are Nailing Their Remote Culture 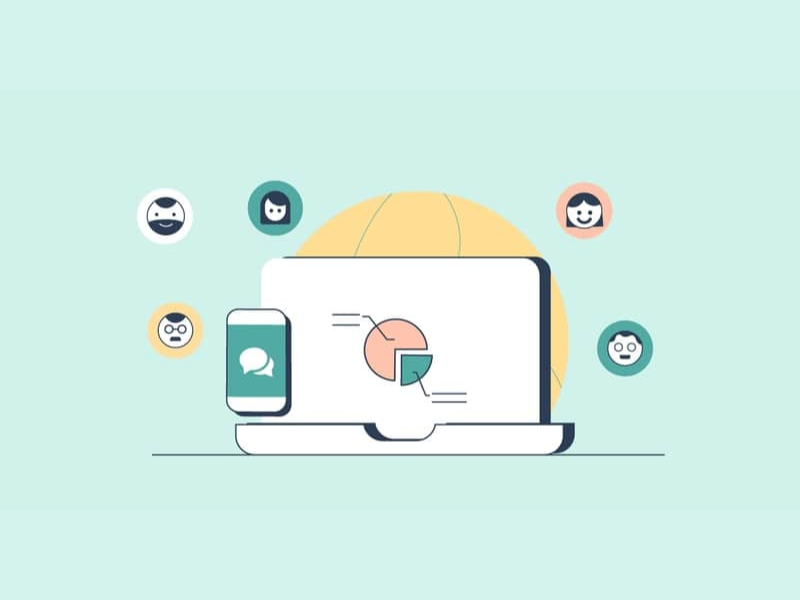 How Companies Like Gitlab, Automattic, And Buffer Are Nailing Their Remote Culture

Five companies that have experimented with remote work long enough to build a great remote culture.

The Coronavirus pandemic invariably set off the world’s largest remote experimentwith 1/3rd of the world population switching to work from home. The pandemic turned remote work from a privilege to a necessity overnight in March 2020. Big technology giants including Facebook, Google, and Apple shifted to working remotely. They even indicated that they might consider working remotely as a long-term organization set up.

However, COVID-19 only turbocharged a trend that had already been set in motion over a decade ago. Over the years, apart from the new collaborative tools and technologies, co-working spaces have been gaining popularity as nearly 55% of the world’s businesses started allowing remote work in some capacity.

Operations for companies that were fully remote before the pandemic have remained largely unaffected during this time. They’ve had more time to optimize their workflow, as compared to companies that had to make the switch suddenly.

Needless to say, some teams are miles ahead in experimenting with and perfecting the remote work culture (which is here to stay! ) than the rest. Here are 5 such companies that have mastered building a remote culture. We have also added one key takeaway that makes their remote culture awesome!

Automattic – the company behind WordPress

While there may be companies that gradually shifted to a remote setup, Automattic had a complete remote setup from day 1. Back in 2005, the first Automatticians were already collaborating remotely on the WordPress open source project, so when the company was officially formed it grew as a distributed team.

Today, Automattic has over 1500 remote team members spread across 45 countries. The company has also grown exponentially with WordPress powering nearly 35% of the website in the world.

While there’s a lot you can learn from Automattic’s remote culture including stipends for home office setup, grand yearly meetups, investing in the best tools and equipment, one thing that stands out in Automattic’s culture is their remote hiring.

Would you believe if we tell you that Automattic manages to hire people without single audio or video interview? To top that, they have had a retention rate of 86% for their Code Wranglers and JS Engineers over the last 5 years.

So how do they do their remote hiring? It’s a 5-step process.

The process lays a foundation for the new hires conveying that the company prioritizes written communication over verbal communication.

Such a process better works better because the entire process gets documented on its own. The candidate’s actual responses are available for review and decision-making and not just “notes” from the hiring leads.

Gitlab’s choice to go remote was a process of learning from trials and errors. Their founding members started remote, but then they did experiment with an in-office setup for a while. Later, they decided to go fully-remote.

Gitlab experimented with a setup where some team members were working remotely while the others were in office (a hybrid setup). Gitlab’s CEO, Sid Sijbrandij in aninterview said that choosing a hybrid setup for a company is the worst and he had learned it the hard way.

Gitlab, today, has 1305 members (and 395+ pets!) strong team, spread across 67 countries and regions. The company has developed a complete DevOps management platform with a current valuation of $2.75 billion. In March 2020, while most companies were busy adapting to the new normal, Gitlab was instead preparing to go public this year.

Gitlab can be lauded for a lot of its remote-first strategies. It has an inclusive culture that prioritizes employees’ mental and physical well-being, uses great collaboration tools, and promotes a self-learning mentality. However, Gitlab’s area of excellence when it comes to remote culture is documentation.

Strong documentation lets all your team members have a ‘single source of truth’ and avoids repetitive communication. Documentation also assists a lot in remote onboarding of your new hires. Doing it right is what you can learn from Gitlab.

According to them, every remote team’s motto should be, “The faintest pencil is better than the sharpest memory“. They not only strongly advocate for documentation of the company’s values and culture but also for day-to-day work progress and employee resources.

Unlike Automattic, Buffer was not a fully remote team from the start.

Founded in late 2010, Buffer’s team had a hybrid work setup. They were headquartered in San Francisco but had remote employees working and there was no strong compulsion to be at the office all the time. They wanted employees to work from wherever they felt the most happy and the most productive. It was only in 2015 that they decided to move to a full-remote setup.

At present, Buffer has a team of 85 members spread across 15 countries, working towards building the social media management platform.

Buffer’s remote culture is based on two core values: trust and respect. A lot of processes at the company are built around that. However, Buffer’s remote success can be accredited the most to its efficient usage of remote working tools.

How Buffer’s using the right tools to ace working remotely?

To start with, Buffer’s gotten the basics right. It has all the standard remote working tools that a team needs to function effectively. These include:

In addition to these, Buffer has also invested in some unconventional tools to further the productivity and engagement of its team.

Here are 6 such tools that stand out in Buffer’s remote setup:

Leveraging technology to empower your remote team not only helps in boosting employee productivity and success, but it also ensures that remote work does not get too overwhelming and hard to manage for your employees.

Zapier has had a mostly remote setup.

The company has 100k+ customers (and a total of 3m users) that use Zapier to integrate their web applications and have managed to increase their revenue by 4X in the since 2018.

Presently, Zapier stands strong with a team of over 250 members spread across more than 24 countries.

Zapier has successfully integrated the three key elements of remote culture: Teams, Tools, and Processes. It has strategically hired people comfortable with remote work, invested in tools that aid distributed teams and create work processes that smoothen remote operations. You can find their key takeaways from building a remote team in their ultimate guide. But what impresses us about Zapier is their efforts towards building culture that’s more employee centric than business centric.

How Zapier is building its remote culture beyond productivity and efficiency?

There are certain processes, tools, and initiatives that Zapier has to build solely to keep morale and engagement high to build a stronger culture. Some of our favorites include:

Gifs and Memes: Zapier has consciously built a culture of responding through relevant Gifs and Memes whenever possible to keep the fun alive even on a hectic workday.

Tree Time: A common challenge working remotely is distractions. Since there are so many tools and communication channels that a remote worker needs to keep track of, they may find it difficult to concentrate on the task at hand. To combat this, Zapier has “Tree Time” which indicates uninterrupted work time. It’s Zapier’s way of saying “don’t get offended, but I’m finding it hard to concentrate and I really need some uninterrupted time to focus on what I’m doing.” and the rest of the team tries not to disturb them.

When you build processes and tools keeping your employees at focus, and with their morale and engagement in mind, you get a happier devoted workforce. Sometimes, you need to get in their shoes to understand how you can help them perform better without being affected by the isolation that remote work can sometimes bring.

InVision is yet another company that has been fully remote from the very beginning.

Founded in 2011, InVision has grown to secure a valuation of $2 billion at the moment. The digital product design platform has achieved this growth with a team that now has more than 800 members spread across 20 countries.

A key aspect of working remotely is the values that you bring to your remote culture. Out of all the learnings that we can get from Invision’s remote setup, we’ve chosen their belief systems. Their values and belief are very inclusive of the remote working style.

Building a remote team requires strong belief systems. Only the right values coupled with tools, processes and initiatives can get you a successful remote team. In a webinar with the bureau of digital, Stephen Gates, Head Design Evangelist at InVision shared some tips that Invision follows while dealing with a distributed team, and these are some of the key takeaways that we loved:

All these tips point out a strong belief system that values employees as people and not as resources. It is only when an organization empathizes with its employees and understands their perspective that it can truly develop processes and tools that can benefit them.

All said and done, there’s definitely a lot to learn from these companies and how they’ve built their remote teams. We’ve just pointed out the tip of the iceberg with things that stood out to us in their remote culture.

These are great strategies to adopt in your remote team. However, you must also be mindful of the fact that there’s no fixed recipe for culture. Your team’s culture is unique to your company’s values, the people that work there and the way you want to see your company grow. This makes building company culture an ongoing process that requires continuous efforts. As Andrew Wilkinson rightly points out, “Company culture is the continuous pursuit of building the best, most talented, and the happiest team we possibly can.”

More from the Blog 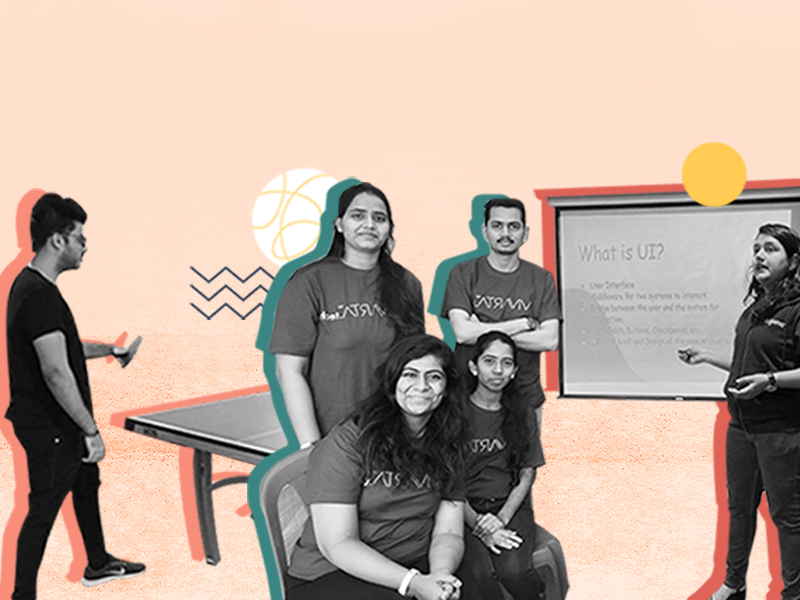 For the love of Technology and Innovation: How Udgama is building a learning culture that nurtures curiosity and growth

Here’s the story of Udgama, which is built on meticulous learning culture that nurtures curiosity and reinforces positive learning behavior. 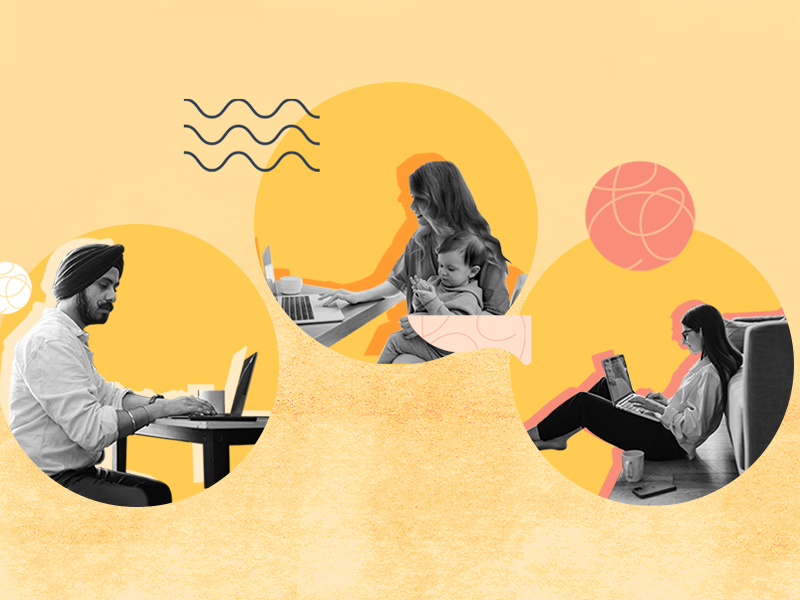 Here’s the story of Almabase, on how they didn’t let a sudden remote switch impact the culture they’d spent so much time building. 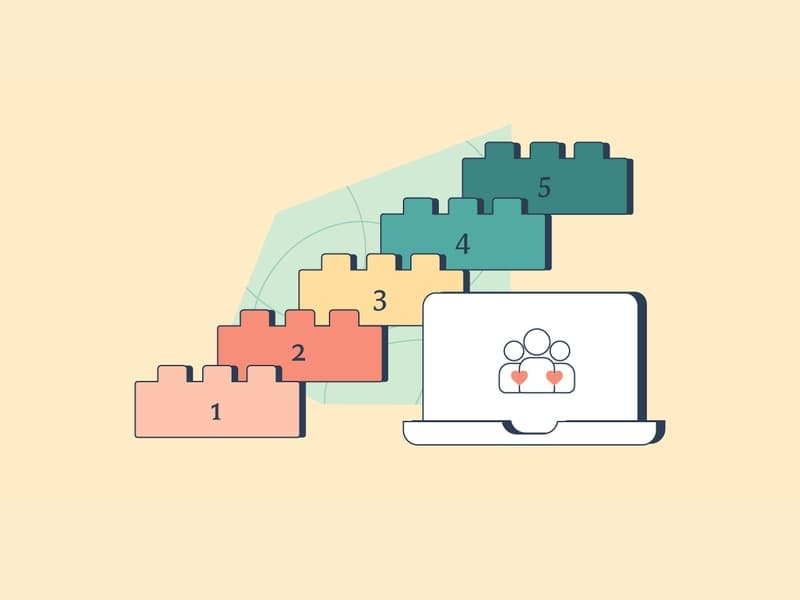 The Five Levels Of Remote Work: Where Is Your Company At?

Here are the levels of remote work of that take a team from barely managing remotely to becoming one with a strong remote-first culture. 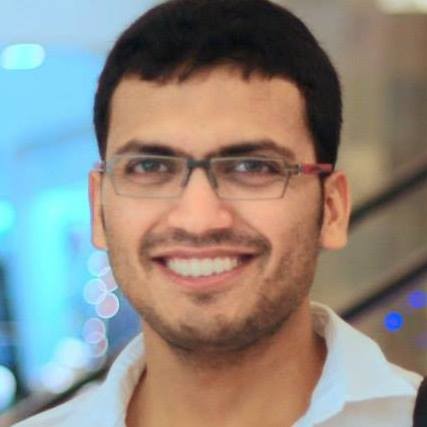 Looking for group health insurance for your team?